When someone dies, deciding what to do with their Facebook profile may not be the first thing on your agenda.  But when Martin died suddenly, his family found themselves having to deal with this much more quickly than they had expected.

During what was already an incredibly difficult time for them, they noticed Facebook posts coming through seemingly from him.

I spoke to Sarah Key, who was asked by the family to help understand and stop what was happening, and to sort out Martin’s Facebook account.

Hi Sarah, thanks for chatting with me. Can you tell us a little more about how you came to help Martin’s family with his Facebook account?

Sure, Martin was a close friend of ours having gone to school with my husband. He was living with another friend of ours when he died, and it was them who had found Martin initially.

Because he died so suddenly and unexpectedly, the police were involved and had taken his devices including his laptop and his mobile. This meant his family didn’t have access to them.

Suddenly, posts started being made on Martin’s wall which looked like they were coming from him. Unbeknownst to us (and to Martin I suspect), he had signed up to a third party app that started to post following a time of inactivity from him.

That must have been incredibly difficult for the family, and for you and the rest of his friends.

It was. Dealing with his unexpected death was obviously very difficult on his family and all of us anyway, so when this started happening it was incredibly upsetting and confusing for all of us.

This was why his family reached out to me soon after his death to ask me to look into getting his profile changed. If it hadn’t been for these posts it probably wouldn’t have been something that was thought of so soon.

Luckily, from my work with the police and through my work as a Marketing Consultant I knew that if we memorialised his account this would stop anything from being able to post on his wall.

Was it a simple decision to get his Facebook profile memorialised?

In a word, no. For starters, because his death was so sudden, he had no plans in place for his estate and his affairs – much less his social media. When I spoke to his family about what to do with his profile, it was hard to decide on exactly what we should do with his account.

Because we didn’t have access to his passwords we weren’t able to log into his account directly. So, our only two options were to either memorialise the account or request that it was deleted completely. Whilst Martin wasn’t a particularly active social media user, there were a lot of memories and photos linked to his profile and the family didn’t want it all to be lost.

Once the decision had been made, was it easy to get his profile memorialised?

Again, not really. To get an account memorialised without a legacy contact set up, you have to send Facebook a death certificate. Given the circumstances around Martin’s death, this wasn’t available immediately.

This meant having to wait in limbo whilst this was being processed. All the while the family having this cloud over them of whether they were going to see another post being automatically made on his wall. Staying off social media entirely wasn’t an option for them as they needed to use it to let people know about his death and to keep friends and family members updated with what was happening in terms of the funeral etc.

Also, when you memorialise an account it stays exactly how it was. This proved to be quite upsetting as his profile picture wasn’t of Martin, which isn’t an image that his family really wanted as the one to remember him by online.

I can imagine that was really tough, were Facebook able to help at all?

No, they were helpful to a point. We got in touch a few times to ask for it to be changed but their response was just a cold, identical stock answer which we got to every query we raised.

Given that this was such an emotional and difficult time for his family, I was disappointed with the rigidity of the process and the lack of compassion shown.

I’m definitely more aware of just how little control we have over our profiles. I now know how essential it is to keep the control we do have. It’s brought home to me that it’s so important to consider what you’d like to happen to your social media accounts, should you pass away, and ensure that your wishes are passed on or documented somewhere.

I still use Facebook and it has brought our friendship group and Martin’s family closer. We post on his wall and relive fond memories which has been great. But, I am much more aware of what I’m posting personally. And I have made sure I have a legacy contact in place to be able to have more control of my account if I were to die suddenly too.

Following this experience, what advice do you have for people about their own or others accounts?

I would implore everyone to create a legacy contact on Facebook. Facebook have now made this easier to do, if you go into your general settings it will now prompt you to assign a legacy contact. Here’s the guide on how to set it up: https://en-gb.facebook.com/help/1070665206293088?helpref=faq_content

This will allow your nominated contact to memorialise your account and make any changes to it if needed. Like, updating your profile picture or cover photo and information. Here’s a full guide of what they can do: https://en-gb.facebook.com/help/1568013990080948?helpref=faq_content

This would have made our experience much easier when dealing with Martin’s account. And, it would have allowed his family to change his profile picture to something they felt represented him better.

Whilst I don’t wish this set of events on anyone, the reality is that this does happen. People die in difficult and unexpected circumstances and whilst this is just a tiny part of the process of dealing with death, some of the pain we went through in dealing with this can be hopefully be avoided by others through creating that legacy contact.

Thanks so much for talking to us Sarah. We’re pleased this got sorted eventually but it doesn’t sound like it was an easy task to get there.

For anyone else dealing with social media for someone who’s died, we’ve got some resources which might help:

What happens to your online accounts after you die?

What are your data privacy rights after you die? 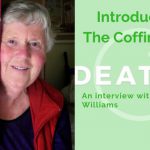