Why it’s the wrong time for a rainbow hearse

Here at Death.io we know Death can sometimes be a sensitive subject and different communities have different relationships with death. Our marketing freelancer Lola Phoenix discusses how the rainbow hearse that featured at Glasgow Pride may have aimed to start a conversation but missed the mark on understanding the community.

This past weekend, Co-up Funeralcare brought a rainbow hears to Glasgow Pride and it caused some understandably divided reactions. As someone who is death positive but also in multiple letters under the LGBTQ umbrella and been going to Pride since I was little, I feel like Co-op Funeralcare missed a key opportunity to talk about death in a way that the LGBTQ community needs.

This is not to say we don’t discuss death at all. In many ways, we can’t avoid it. Every year over 200 transgender people are murdered across the globe and recognised on Transgender Remembrance Day in late November. Many of our elders are missing because of the lack of action of governments to respond to the AIDS crisis in the 80s. And on the same weekend the rainbow hearse came rolling down the streets of Glasgow, well known gay journalist Owen Jones was physically attacked outside of a pub. We don’t need a reminder that death is something that can happen to us. We’re well aware in a way that others may not be.

And yet, I would venture to say that many of us do not understand how to safeguard our identities in death. Where we need death education and places like Co-op Funeralcare to step in is ensuring us that our bodies will not be mis-dressed and misgendered after we die, that our families do not have an automatic right to us in death that they would have never had in life and our funeral and remembrance services do not dishonour the way we lived our lives. The taboo of discussing death, despite how often we are forced to confront it, is definitely still alive within the LGBTQ community but a rainbow hearse isn’t the way to start that conversation.

Our community is definitely in need of sensitive and understanding services that can ensure us that we’re remembered the way we want to be remembered. Having a stall that specifically addressed this need would have been a great way to introduce a discussion about the needs that LGBTQ people will have in death. I can’t deny that, outside of a Pride parade, a rainbow hearse is cool in the same way I find some of the wacky casket options to be cool. It’s kitsch and I think our community can appreciate kitsch, but Pride is already an issue of contention with the community due to the feelings that corporate sponsors are taking a place in parades that community groups belong, so it felt more like an insult than an extended hand.

I genuinely hope this doesn’t discourage our community from talking about death. We’re facing the reality that many of us in our older age may be forced to return to the closet if we move into shared or care home options. The last thing we need is for our coffin to become another closet. 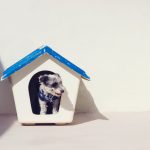 Previous Story:
Will you put your pet down when you die?