Are other European countries better at planning for death than the UK?

Here’s a look at the differences between the UK and the rest of Europe when it comes to our favourite topic: end of life planning. While we don’t want to cast bad news on an already strained relationship between us and the continent, here in Britain we’re lagging behind our fellow European citizens in planning ahead for death.

The funeral industry in Europe

Whether you’re on the business side or you’re (unfortunately) a customer, it’s obvious that the funeral industry is doing well in Europe. Over in France, the industry is worth an estimated €2.5bn. A little more central in Germany, the market is still strong at €1.5bn, with a 27,000 person strong workforce within the industry.

Some savvy business people are already eyeing-up the death industry on the continent. Last year, the Ontario Teachers Pension Fund bought out one of Spain’s largest funeral businesses from 3i Group, a British private-equity firm, for £117m.

In Britain, we sit comfortably within these strong numbers. The industry in the UK is worth around £2bn, employing over 20,000 people, with a fifth of them undertakers. So why does the UK lag behind the rest of Europe when it comes to end-of-life planning?

End of life planning in the rest of Europe

There’s a great deal more end-of-life planning in Europe. In the Netherlands, as well as more relaxed laws around lifestyle choices, around 70% of the population have taken out prepaid funeral plans. With a smaller population and, you could say, a greater zeal for liberal freedoms, the Netherlands are doing death as well as they do living.

The Dutch do Wills very well, too. There are strict laws in place to make sure, after someone dies, there’s no administrative chaos. In the Netherlands, your children have a legal right to a percentage of your cash and assets. On the other side of things, you have a legal right to reject inheritance – this comes in handy if what you’re set to inherit is debts or an unpaid funeral.

In Sweden, the country’s preference for practicality flourishes in its approach to death. In a national display of pragmatism, everyone who’s registered on the population registry pays a burial fee through their taxes.

This is thought to pay for some of the costs that accompany a funeral. This mandatory fee covers some of death’s basics: a burial plot, funeral ceremony location and transport for the coffin.

End of life planning trends in the UK

Rather than a compulsory law to get us all thinking about death, here in the UK we’re not as well-prepared when it comes to death.

According to a 2017 YouGov survey, only 6% of people in the UK have a pre-paid funeral plan in place. Of these people, most are aged 55 or older, resulting in around 1 in 10 of the baby boomer generation taking out a prepaid plan. It isn’t surprising that within the 18-24 age group practically no one thinks about their funeral bills, but it’s a little more worrying that only 3% of those aged 45-54 have bought plans.

The most concerning finding in the survey was the statistic around those who had already retired, with less than 1 in 6 retirees buying funeral plans. This suggests a larger problem: those who should be taking control and getting their affairs in order, aren’t finding the practical solutions for doing so.

We’re also very relaxed when it comes to writing a Will here in the UK. With less than 50% of us putting down our funeral preferences and where we’d like our assets to go, the UK has a lot to learn from the practical approach taken by other European countries.

Is it important to have a funeral plan or funeral insurance?

The number of people holding a plan in Britain is low, lagging behind the rest of Europe, despite the fact that almost 10m people don’t have any savings they could turn to if a loved one dies.

Problems with paying for a funeral is itself a growing problem. In 2017, of those affected, an average of £1,680 in funeral debt was taken on by families who couldn’t afford a loved one’s funeral.

One of the fundamental reasons for debt is unregulated practices, compounded with lack of response from UK Parliament. But with 96% of funeral directors not putting up clear pricing on their websites, this is also an industry-wide problem.

A funeral plan might be one of a few solutions, and planning ahead is a smart financial move. If you’re not keen on a prepaid funeral plan, we would encourage you to take a look at our Money Issues hub.

Take a look at our article on crowdfunding a funeral here

Which generation in the UK is least likely to talk about death? Take a look here 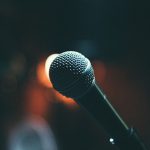 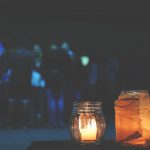